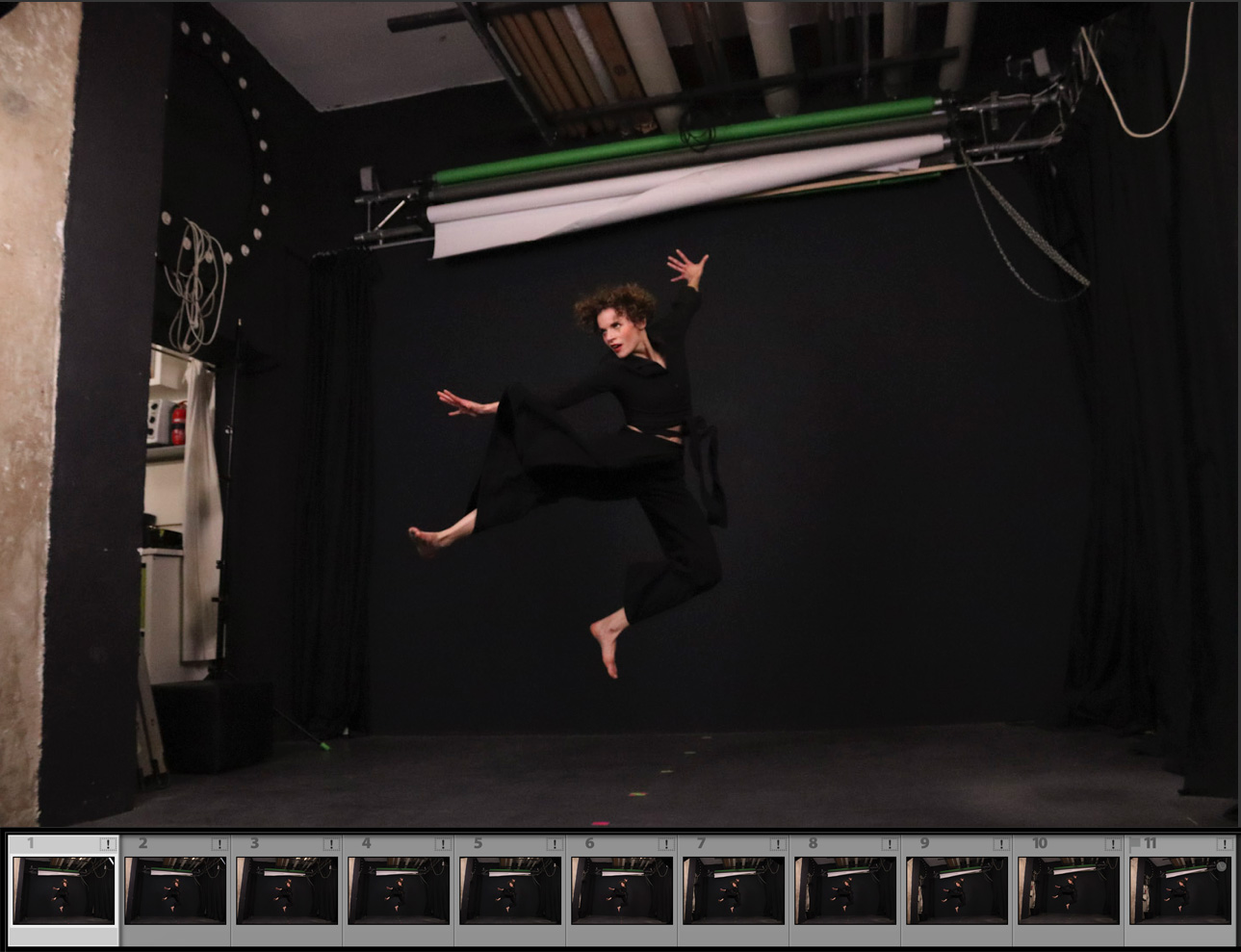 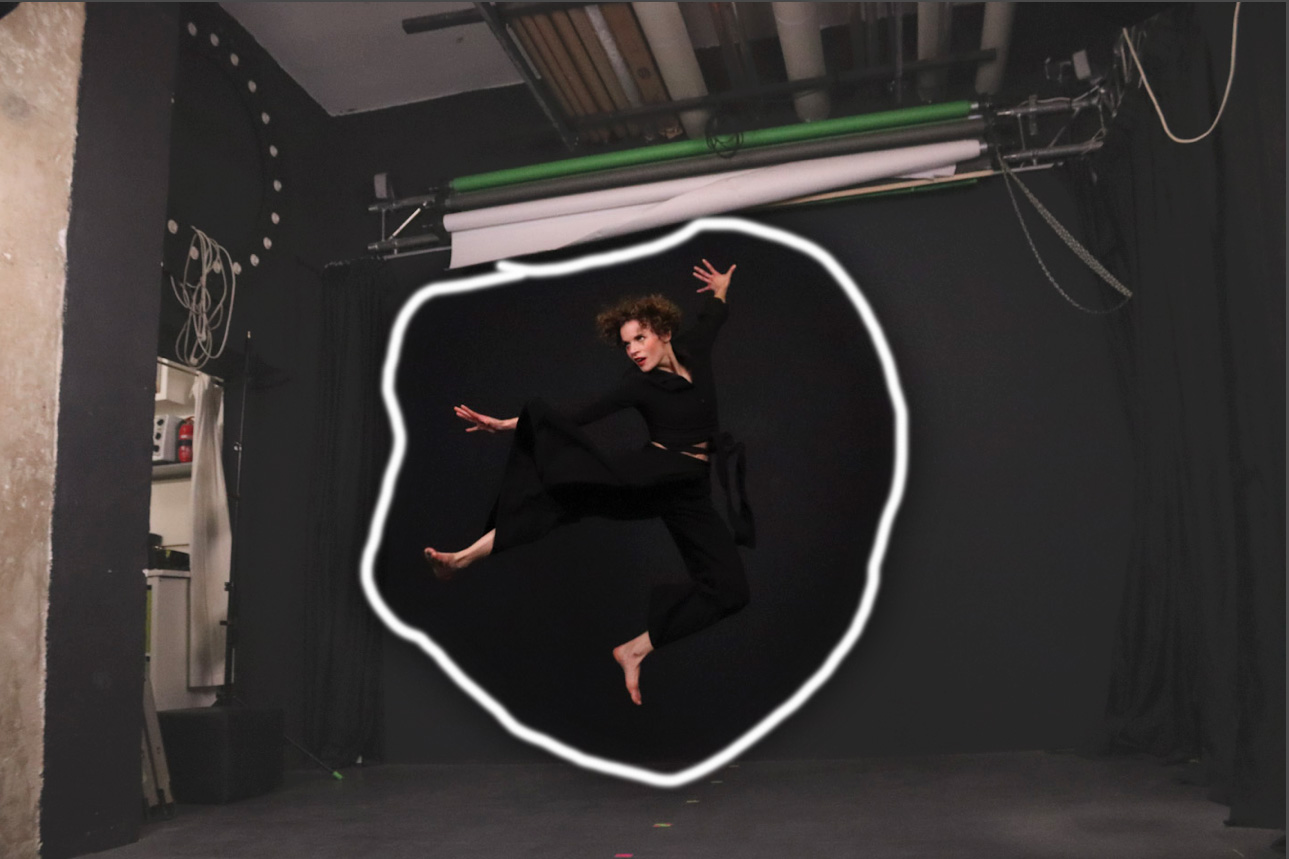 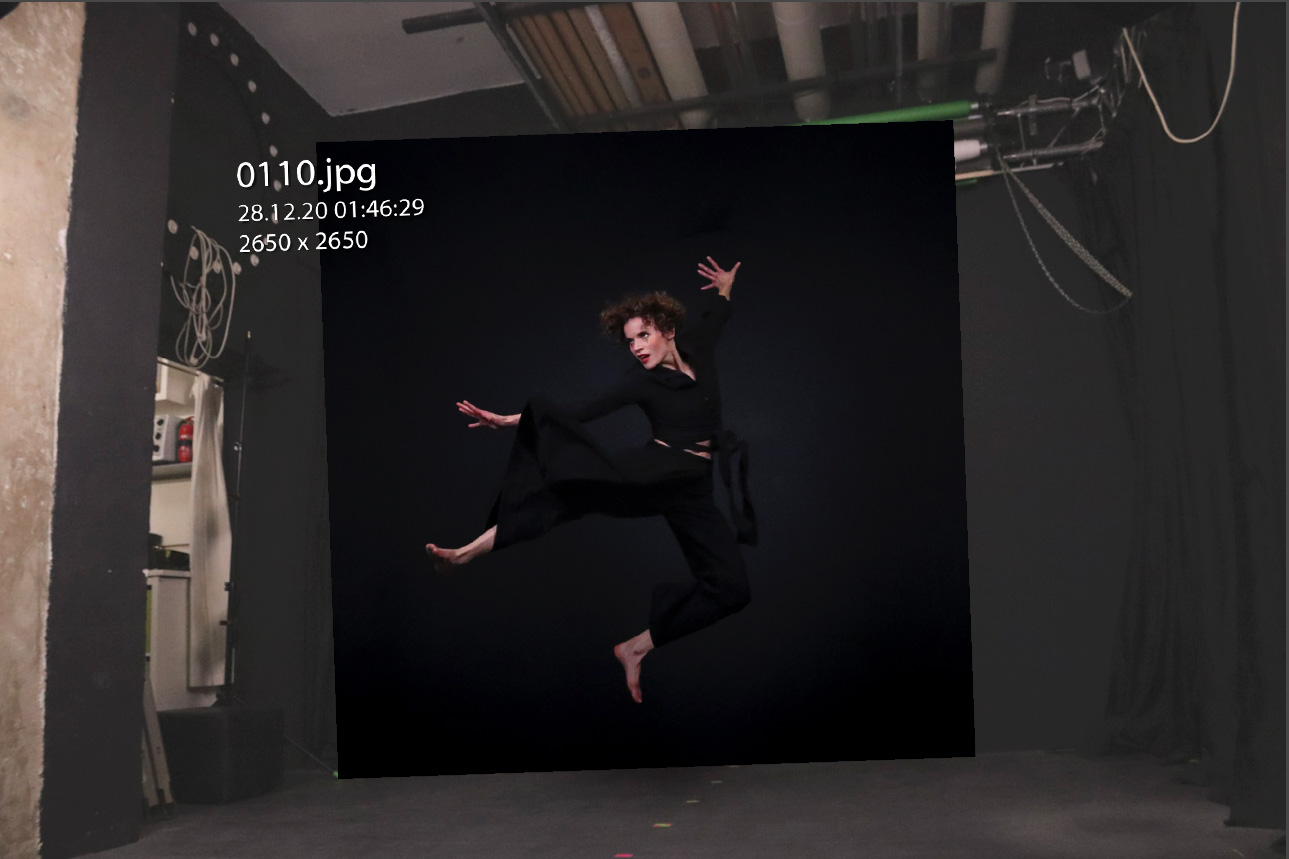 This is from a recent photoshoot with Katharina, a very lovely and talented actress.

This is a scenario that needs a litte more work because i was sloppy. The camera array was set up in a hurry, the 3D shoot was spontaneous. So i didn’t care much about aligning all cameras perfectly and setting the zoom to frame the image. So its wide angle with a lot of area that has to be cropped out later.

The most important thing: the model is completely surrounded by the background on every image, so i can fill the missing eras in photoshop later. In this case i ended up with 11 single pictures/frames. Every camera takes the same shot from a slightly different perspective. Every picture needs a exposure correction, because every camera delivers a different brightness (also temperature and tone), despite identical settings. You’ll never notice that until you operate more than one camera. And its quite a pain. If not corrected you end up with flickering.

After basic correction i crop the image and fill the missing areas, for all 11 images. And thats a mess too. It looks good on every single image by itself, but combined in a video sequence you notice all the litte differences from frame to frame. The images than have to be aligned correctly to create a smooth sequence (Sounds easy but that’s a chapter on its own). After all, thanks to 24MPx of Image Resolution, on this example i end up with a 4k video. Despite heavy cropping.